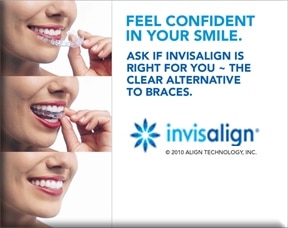 When the day finally comes for you to get your braces removed, you’ll probably be pretty excited…then maybe a little confused. Once the braces come off, its time for a retainer. Retainers are either removable or permanent, and your orthodontist will make recommendations on which option is best for you. At Glaser Orthodontics, we feel it’s important that you know the difference between the two though.

Removable retainers are fairly easy to use and care for. The retainer is placed in at night and worn while you sleep, and taken out in the morning. Retainer schedules may vary from individual to individual, but there are generally times during the day where you won’t have to wear it, which is nice. This can lead to forgetfulness though, and if you don’t remember to wear the retainer you won’t be benefiting from it completely.

Removable retainers also make brushing and flossing easier and more comfortable. And while removable retains can be effective, they may not be as effective as permanent retainers if not used properly.

Permanent Retainers are a great option for patients who don’t want to have to worry about retainer schedules, and who just want to get something done that they can forget about. When the retainer is placed in the mouth, it’s permanently fixed to the teeth.

The only thing you should be mindful of when using a permanent retainer is that it may be more difficult to floss. Some find that permanent retainers make flossing harder, but an orthodontist can help show you how to quickly and effectively do so.

In some cases your orthodontist may recommend a combination of removable and permanent retainers, with a permanent retainer on the bottom and removable one on top. No matter what the situation is, you should be sure to always follow your Dr. Glaser’s advice when using and caring for a retainer.